Dr. Nathan Chrismas is a climber and scientist studying ecological genomics. In this article he explains the causes and implications of dark glaciers.

Dark glaciers are increasingly common because of climate change and cause glaciers to melt more quickly. There’s a surprising new culprit being discovered…

When I was at school, during the 1990s, our class was given a maths test. One of the questions asked was “What is the probability of seeing a white bus?” To our maths teacher, the answer was simple. Buses were red and the probability of seeing a white bus was zero. Any other response was the sign of a child with either a) severe visual impairment or b) a complete failure to grasp what probability actually was. Unknown to her, our town had just introduced a Park and Ride scheme making use of, you guessed it, white buses.

After scratching my head for a while I decided that, while there were not that many white buses, there were definitely more than none. I settled on 1 in 10. While my answer was met with ridicule, it simply reflected changing facts in a changing environment.

A similar question on a different Year 7 maths test might have gone like this: “What is the probability of seeing a black glacier?” Twenty-five years ago, the answer might have seemed equally as cut and dried but even then the answer was not that simple and our understanding since then has increased rapidly.

Today our expectation of glaciers as a shining white sea of ice is all too often met with a grey, rubble strewn reality. The rocks and dust on glacier surfaces are a striking symptom of our changing climate.

The melting of permafrost high in the mountains means that once solid terrain is crumbling onto the glaciers below. Soot, or black carbon, from wildfires, burning fossil fuels in coal fired power plants and in the petrol and diesel engines of vehicles, can also be deposited on the surface of glaciers adding to the inorganic components and darkening the ice. Black carbon is itself a huge issue as it causes a second problem. It lingers in the air, causing the earth to absorb more of the sun’s energy.

However in the past few years, research has revealed a new part of the story when it comes to darkening glaciers: algae.

Ice algae are an essential component of the world’s frozen ecosystems. These microscopic photosynthetic organisms are fantastic examples of evolutionary adaptation. They possess many features that allow them to grow on the snow and ice where other organisms would fail to survive. Their dark colours are the result of pigments that protect them from the bright sunlight experienced high in the mountains and the polar regions.

Yet, they have a darker side. The dark colours of the algae reduce the overall reflectivity of glacier surfaces. The scientific term for reflectivity is albedo, and lower albedo leads to increased absorbance of heat from the sun. With that heat comes melting. Imagine the difference between sweating it out in a black t-shirt on a hot day compared to the relative cool of a white t-shirt.

This process is ongoing, to some extent, on glaciers all over the world. It is particularly obvious in Greenland. Here, great swathes of the ice sheet on the west of the country darken with algal blooms every year. This darkening has the potential to accelerate surface melt (melt that is already rapid because of rising temperatures).

This in turn promotes an environment for more algae to bloom, further increasing melt. Over an area the size of Greenland, the contribution that this bio albedo feedback of blooming algae and melting ice might make to global sea level rise is massive, with potentially dire consequences for coastal communities worldwide.

Whether it is because of algae, soot, or rocks, it is becoming increasingly obvious that the probability of finding a white glacier untouched by climate change is vanishingly small. The implications for the environment and global community are huge. Let us not leave what happens next to chance. #winterneedsus

Thanks to Dr Chrismas for writing this article for POW UK, keeping us right up to date with the science.

If you want to find out more about how climate change is impacting snow and ice check out the IPCC Special Report on the Oceans and Cryosphere in a Changing Climate. 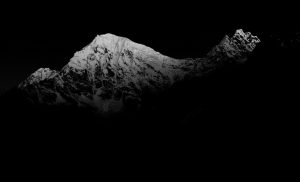 Local Loss in a Global Crisis 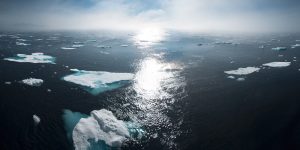 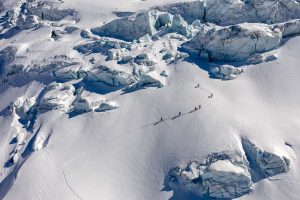 “If I can just turn a light on inside of people…” 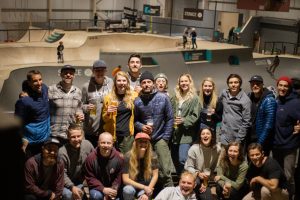 We use cookies in order to give you the best website experience. They help us understand what content our visitors like to determine our content strategy and how our paid advertising performs so we don't waste money and can spend it effectively to fight the climate crisis.

You can find out more about which cookies we are using or switch them off in settings.

This website uses cookies so that we can provide you with the best user experience possible. Cookie information is stored in your browser and performs functions such as recognising you when you return to our website and helping our team to understand which sections of the website you find most interesting and useful.

Strictly Necessary Cookie should be enabled at all times so that we can save your preferences for cookie settings, maintain your logged in status and cart contents.

If you disable this cookie, we will not be able to save your preferences. This means that every time you visit this website you will need to enable or disable cookies again.

This website uses analytics to identify what content our visitors like and how you navigate around the site so we can improve the user experience on the site, helping you find more relevant content and to direct our content strategy so we can help you understand the complex issues around climate change.

This website uses advertising cookies to assess the effectiveness of our marketing spend. You don't want to see ads for things you've already done and we want to save money by only showing ads to relevant users. By keeping these cookies on you help us reach as many users as possible